I haven't participated in a Blog Hop before but two of my friends, She Moved to Texas and House on a Hill wrote great blog hops about loving the one you're with from Viva Carlos. I've got two horses in my full time care that are "mine" (I say with quotes b/c there are 4 horses that are a part of my family and live with me, but I only regularly ride 2 of them) Since I've been an neglectful blogger (oops!) I haven't mentioned the newest member of my horsey family, nor have I mentioned that I bought a horse farm in December ... about that....well I guess now is as good of a time as ever to introduce the horses in a blog hop! 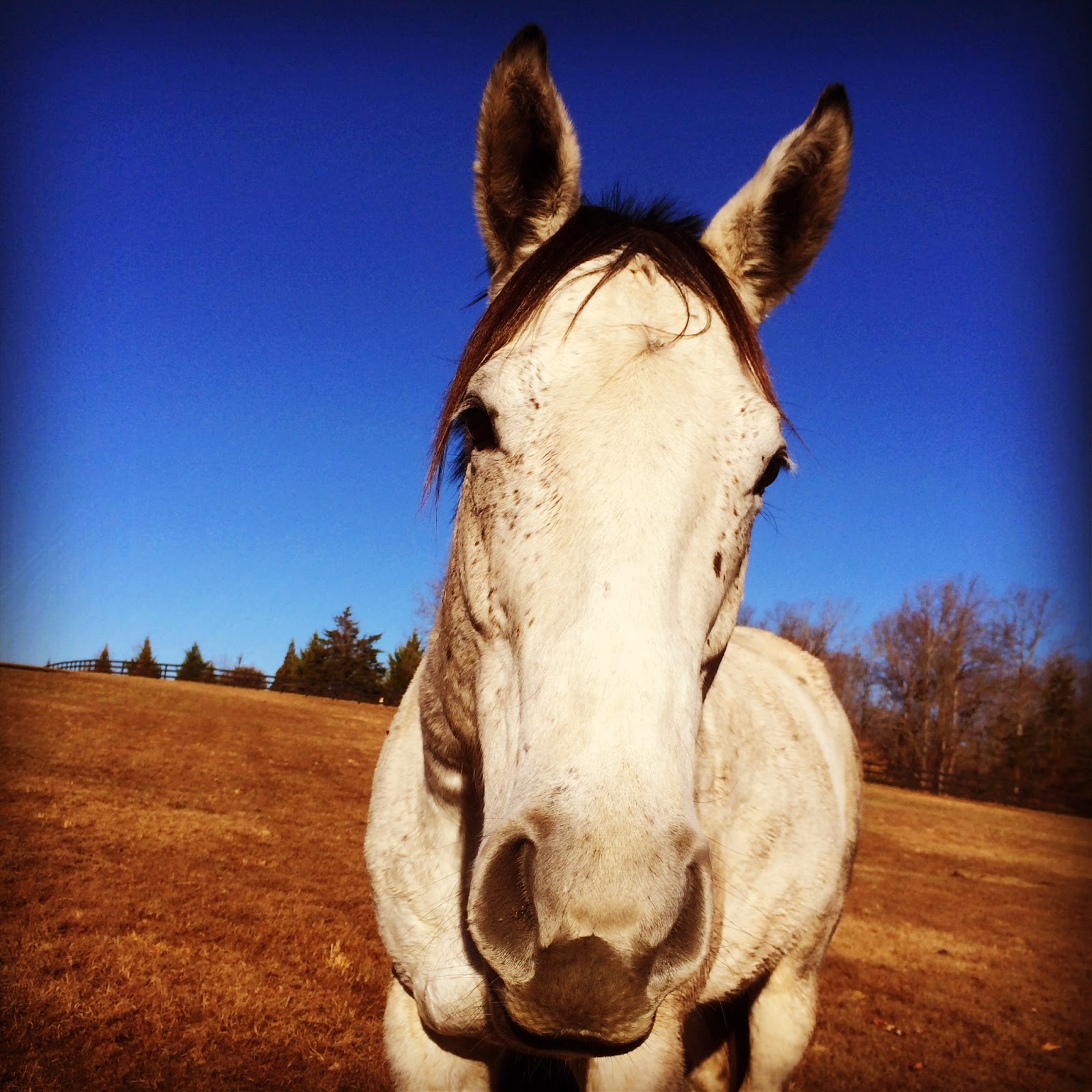 You all know some of the adventures of Marley, I have written a little bit about her on this blog so lets start with her. Reasons I love Marley:

She's fearless- no joke- a huge tree can fall down while we're cooling out on a loose rein, she doesn't care, an owl eating a snake 10 feet in front of her flies off, she doesn't care, take her out on trail rides by herself or in a group, either one is fine with her. She has the best brain of any horse I've ever ridden in my life. She takes everything in stride and is not bothered by much.

She's super sensitive- I'm becoming a much better rider because she can feel the slightest change in my position. In order to help her perform at her best, I have to ride at my best.

Marley loves to jump- we haven't been able to do much jumping recently, but when I do jump her, I'm not worried about her not wanting to jump!!! Watch out because she will go if you maybe think you might sort of kinda want to jump that jump over there!

She's smart. She's a quick learner and if she doesn't understand the question at first she'll have it figured out in the 2nd or 3rd trip through.

She's the kindest horse ever. I really don't know how to describe it, but she is just kind. She's not a very "loud" horse, she doesn't demand attention, she's got great ground manners, doesn't neigh that much, she's curious without being rude, and the best way to describe Marley really is using the word kind. This is why I call her Princess because she acts how I would imagine a fairy tale princess being,  courageous and strong when need be, but gentle hearted and kind to all of the people in the realm. Plus she's pretty :) 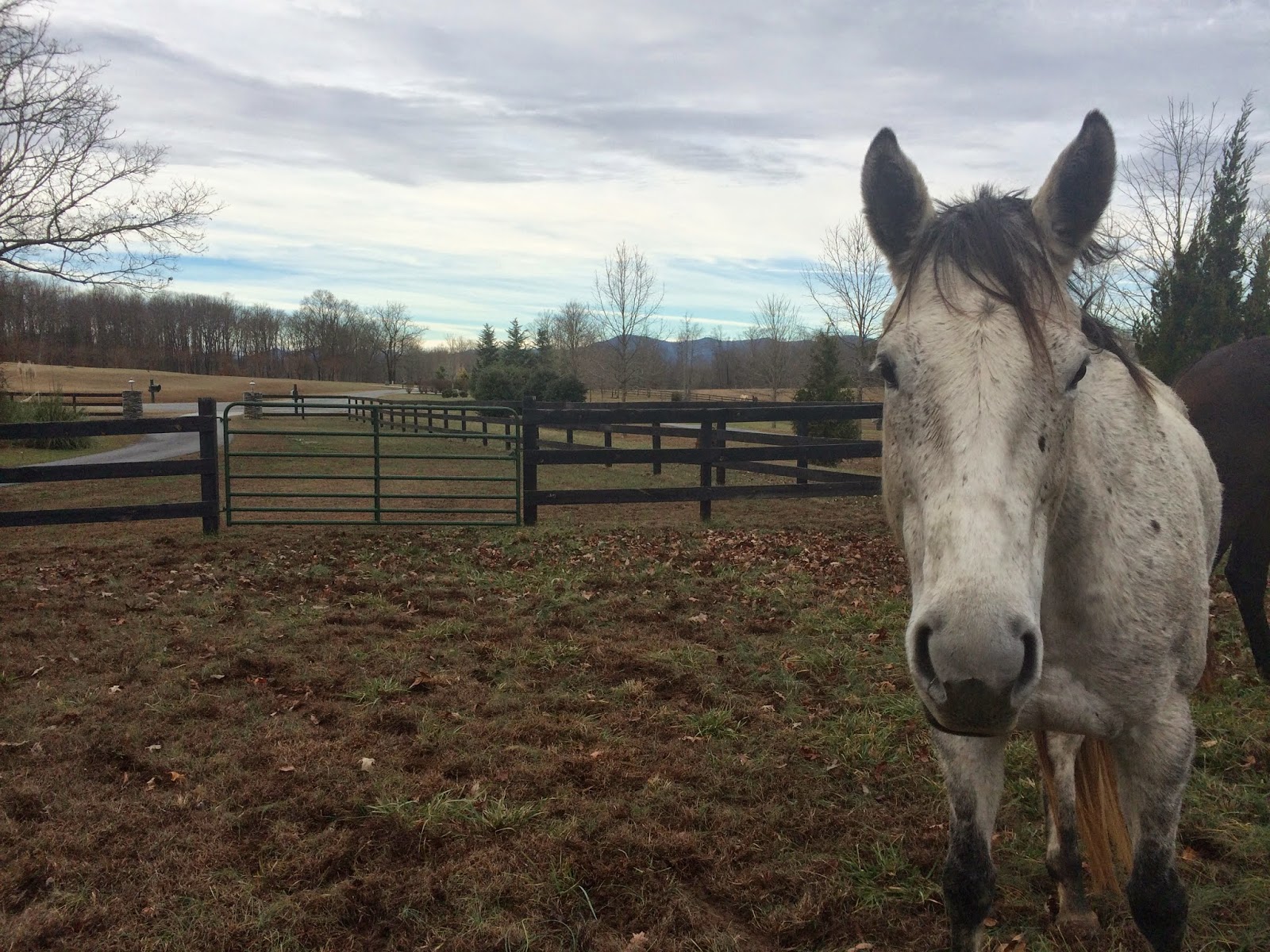 Chimi is a big ass Oldenburg- he's 17ish hands tall and wears a 56" girth when he's fattish or skinnier. I'll write more on him later b/c I'm aiming him at his first show in May and hopefully there will be more pictures of him!

Things to love about Chimi:

He's a beast! He takes up my leg and then some! I have never ridden a horse with a well sprung barrel- every horse has been slab sided and the fact that when I put my leg on there is a barrel instead of air is a breath of fresh... air! hahaha

He's extremely athletic- I saw a video of him jumping a 6ft jump like it was child's play.  I haven't come anywhere close to jumping that height with him (he's basically had a year off with some light riding thrown in there) as I'm just now bringing him back into work after a year of "detox" (solving nutrition, feet, and saddle issues). But when this guy is fit- oh heck yeah!

He's silly! Every morning I'll look out my window and watch Chimi play tag with Finn. They are such goof balls constantly chasing each other around the pasture in the morning before breakfast.

He's pretty brave too- I took him out for a solo ride the other day and he didn't blink an eye at the millions of deer we saw. They were jumping through the woods and even then he didn't seem to be bothered.

He's a bit of a ham- loves attention! 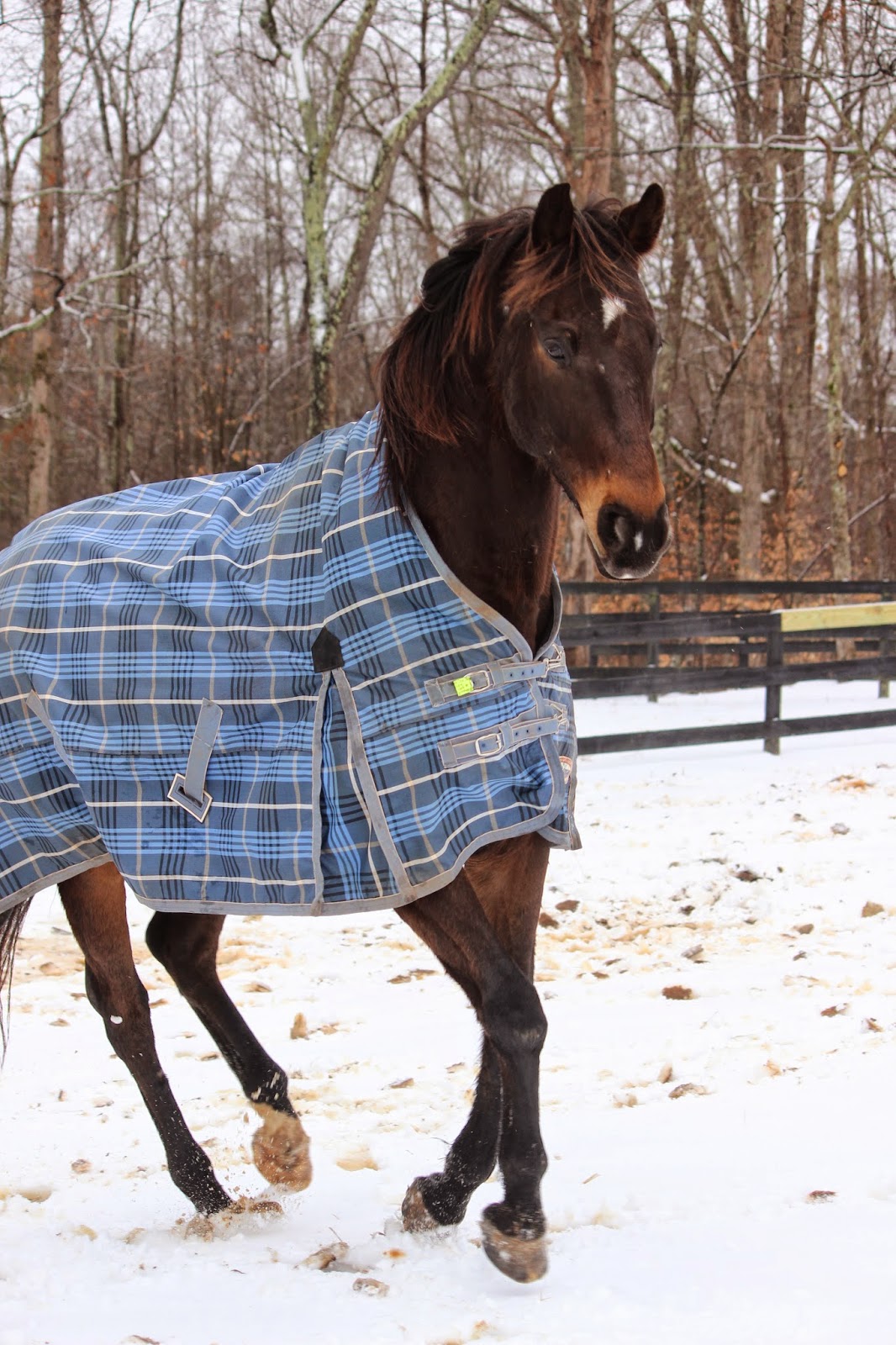 And of course I'm still crazy in love with the Gus Pony- he may not be living with me but I still think of him as half mine ;) So in an ode to Gus- here are some things to love about him...

He's a pocket pony- loves attention from anyone. If you rub his ears he will love you forever

He's damn cute! He has the pony face on horse legs so my tall self could ride a pony!!!

His heart shaped star- I love his markings- and the little paint dribble down his nose...