The Four Ponies in My Backyard 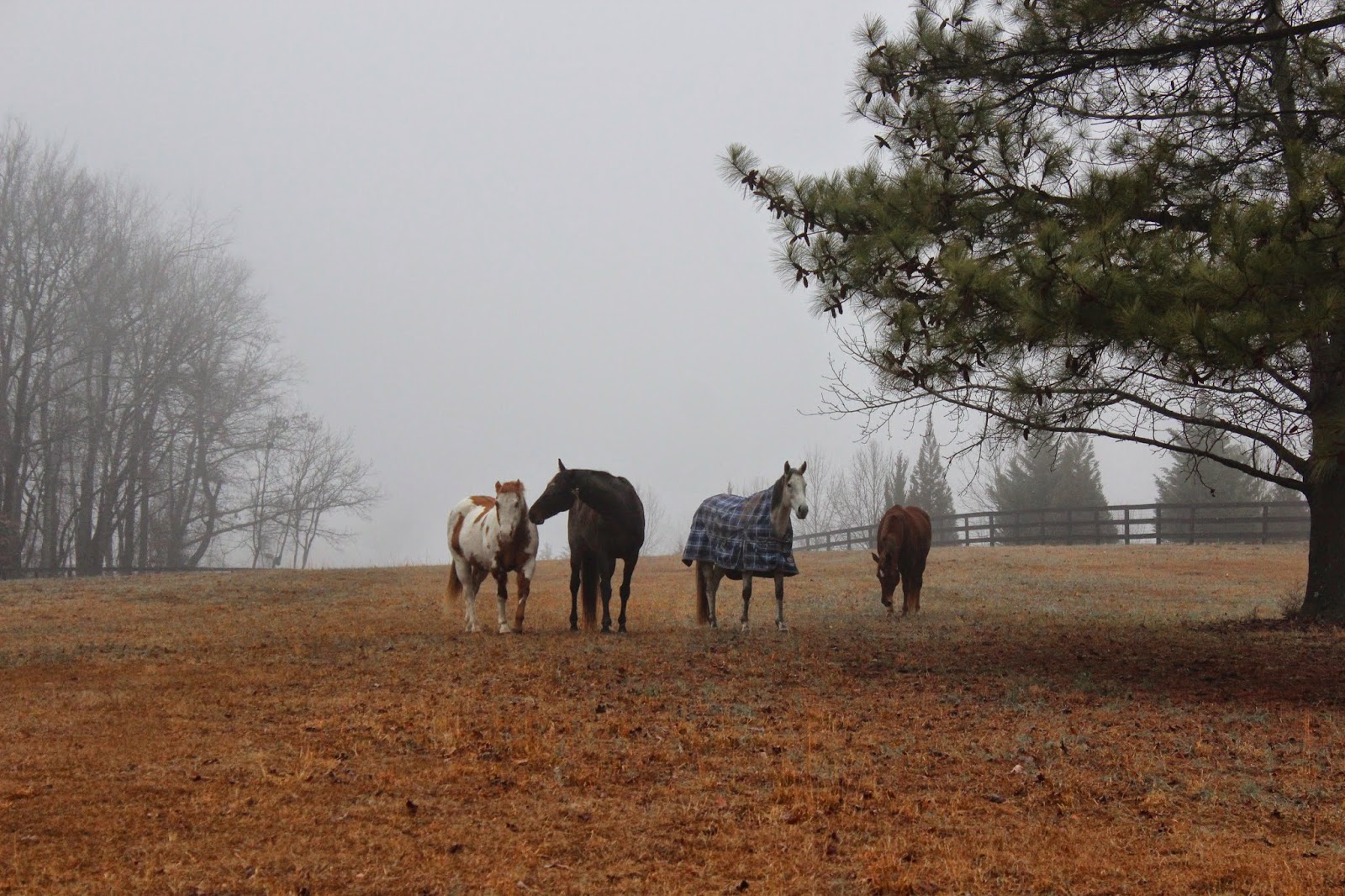 I am very blessed to have my horses in my backyard. As a result I have 4 adorable beasties that greet me every morning begging for food. So now to introduce you to the ponies!

Someone must of been drinking margaritas the night Chimi was born because why else would you name a registered Oldenburg after a Mexican fried burrito? But despite his odd name he is a handsome 17h dark bay Oldenburg gelding that I've had since May 1, 2013. He was basically free, just had to pay the month of board at the training facility he was living at in hopes of being sold. Unfortunately for the sellers he had a chancy medical history, cribs, and no show history (or one that I'm aware of) so he wasn't going to be an easy sell. Enter my crazy now husband (but friend at the time)- he struck a deal with the owner and trainers, and May 1st Chimi came to live with me! Our relationship started out rocky as we worked through some physical issues he had. Roughing him out for almost a year has been the best decision I have made for Chimi (so far that is). As he was he slowly came back into work his confidence grew and he really came into his own. We're now (1.5 years later) at a point where I can really start doing something with him and he seems to enjoy it! Watch out 2015! Chimi's here!

Marley has had an interesting history. From what I know she was born in KY, started as a race horse, wasn't successful, retired sound, bought and then moved to SC by a very knowledgeable lady who ran into some financial issues right after Marley hurt herself in a pasture accident. Unable to afford board at a quality place for Marley to finish her stall rest she approached my crazy husband (but friend at the time) and asked for some help. He wrote a check for her and on Christmas Eve she moved to the barn I was boarding Gus at. Since the barn was more of a backyard, pleasure type, there wasn't anyone with enough skill to ride Marley except me (and that can be questionable at times!). So when it came time to rehab Marley after she got the ok from the vet I took her on as a project. I wasn't able to devote as much attention to her at the time because Gus was my main focus and with a full time job there just wasn't enough hours in the day. Finally in the summer of 2013 I was able to devote a good bit of time to her training and we made a lot of progress. We entered an unrecognized Horse Trials in August and despite our less than stellar dressage test she was a rock star! 2 weeks later we went to a Dressage schooling and stadium show, improved out score by ~15 points, and were ready to go to our first recognized event. Well the week of the event she slipped in the trailer and cut her front leg and went lame. Nothing serious but it wasn't healed enough to compete that weekend. And then winter arrived, we moved to to our new house (where we currently are) and I struggled to bring Marley back to the horse she was over the summer. So with some consulting of those that "know" (vets, massage therapist, etc) we have Marley on a plan that hopefully will bring her back to where we were that summer and can progress from there! Who knows what the future will bring for this pretty little girl!

Finn is my step daughter, Beck's, adorable little guy. He was found by a local trainer in a field in Tennessee as a 2 year old and bought to be a cute little hunter pony. Well he kept growing, thus ending that career, and was sold to a girl in high school who did some low level eventing with him. A couple years later she put Finn up for sale because she was headed off to college. Beck found the poster of Finn and said "This is the horse I want". Well that was in June or July of 2012 and as of August 8, 2012 these two partnered up and have been going strong ever since. This year they have plans to test the waters in some of the local Dressage shows and hopefully the Jumper ring. Finn is a gamey pony and could do really well as a jumper. We'll just have to see what is in store for them! 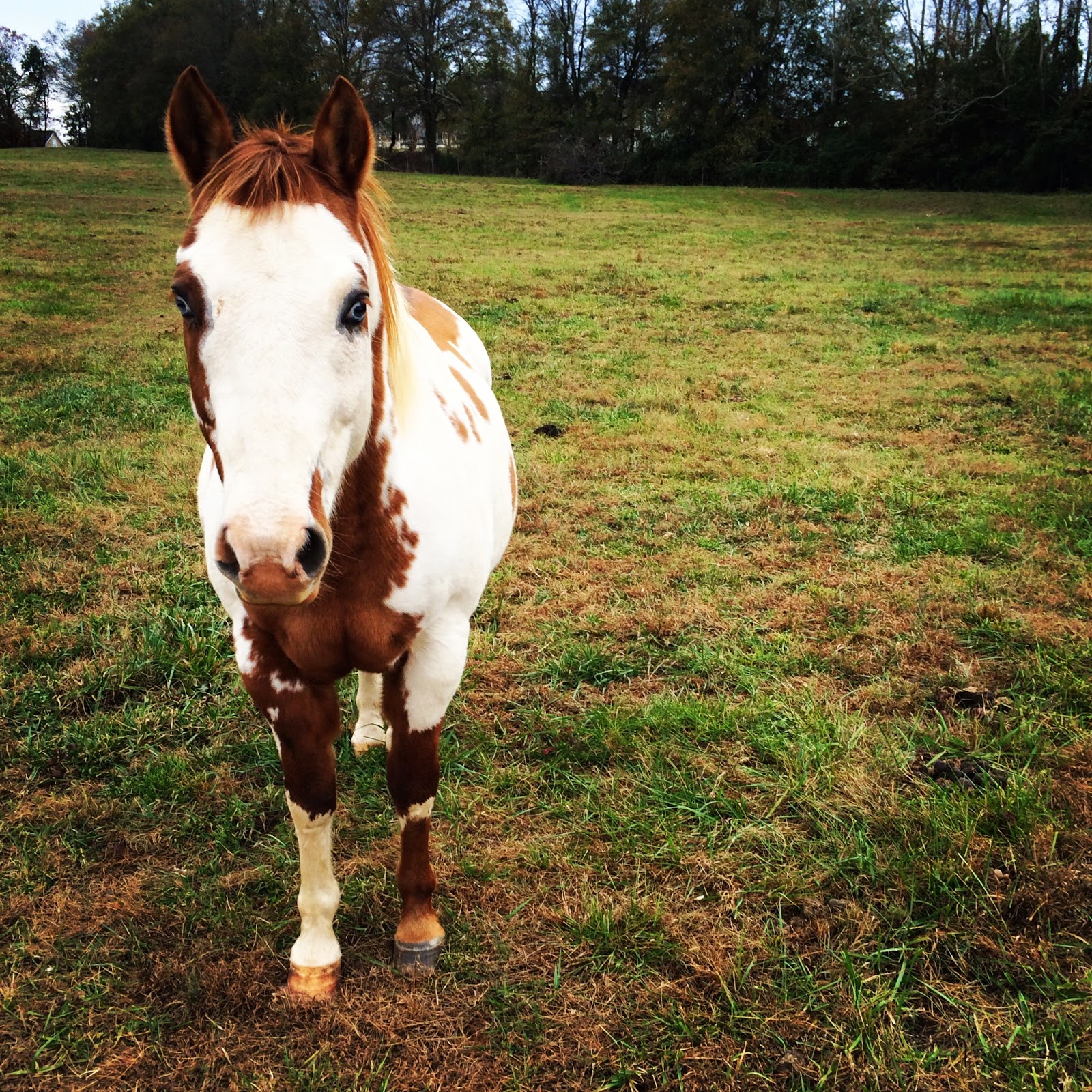 Arrow came with us when my crazy husband and I started dating and we moved the horses to our back yard (there was a 10 acre pasture with a shed for shelter) Arrow's owner wanted to move him from the previous barn and we need a 4th horse to babysit the 3rd horse when Beck and I went to shows, lessons, etc. Arrow is the perfect companion horse and is the Boss Man in our heard of 4. You can do whatever to Arrow and it won't phase him. Apparently he use to be a flag horse in his younger days so he's use to people doing crazy things while riding him! I don't know a lot about his history but I'm so grateful that he lives with us! Arrow is Marley's protector and when she is tired of the stupid boys she hangs out with Arrow and neither Chimi nor Finn try to bother her. He even shares his hay with her when Finn or Chimi have run her off of another hay pile. I want 10 more Arrows.