It's been a whirlwind of a month with WEG, Florence, and volunteering. It's been a blast and I really will miss WEG being here!!!!!!!

Leading up to the start you could definitely feel it in the air around town. Welcome to Tryon signs were being hung up, foreigners were eating in our restaurants, and The Farm House put on a Meet and Greet with some of the competitors from Endurance, Show Jumping, and Dressage. Even if you weren't a big fan of WEG coming to Tryon and all the bad press leading up to it you couldn't help but feel a bit of giddiness with the countdown to the start fast approaching! It felt just like Christmas but with WEG spirit instead :) 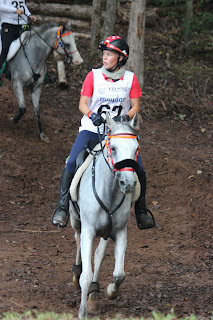 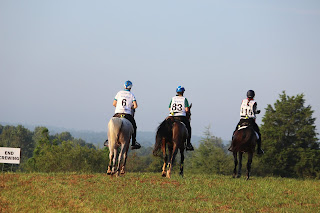 Endurance was the first event to go for WEG and unless you live under a rock or have no interested in anything WEG I'm sure you've heard about the fiasco that it turned into. I'm sad that it turned into such a shit show but glad I did get to see some of it before it was canceled. 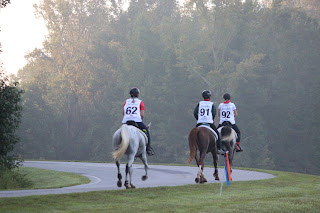 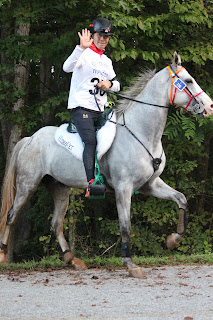 The first loop for endurance went around my mom's house so I woke up bright and early and headed over there to watch. Mom, her houseguests, and my BFF JG all jumped into mom's ATV and off we went to watch the horses blast around the trails nearby. It was so cool watching them come down a hill on a newly created trail and then take off down the road towards a pit crew point. I thought it was a vet check point but it really was just a place for the crew members to give the rider water and pour huge bottles of ice cold water onto the horses as they continued on. Some riders stopped and let their horse catch their breath while having non stop cold water poured all over them and others did the "drive by" where their crew members rain along side them pouring the liter bottles of water over the horse, handing the rider a bottle of water to drink on the move and then at the end of the lane the crew stopped and the rider tossed the water bottle onto the ground and took off. After we watched the Pit Crew action for a bit we headed off to a different section of the course where a few vets were nearby watching the horses as they made the turn. They had vets all over the place to keep an eye on the competitors for what I can assume was to be eyes on the ground to make sure the horses weren't in distress before getting to the vet check point? That I don't know and you'd have to ask someone more qualified than me!!! 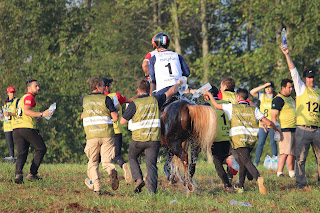 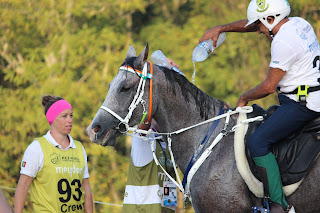 After that viewpoint we took off to the last point near mom's house hoping to get a picture of the riders with the mountains in the background but alas the clouds had rolled in and you couldn't see them in the distance. But we still got a few more awesome snapshots before headed back home. This also ended up being the point where I heard one of the road crew commenting that they had screwed up the start and sent some of the competitors the wrong direction and were talking about a restart. He was just shaking his head as he walked to his truck and I noticed a few of the other trucks left the area. After that Endurance went to hell in a hand basket and you know the rest of the story (or if you don't you can look it up!) 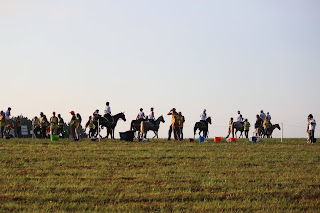 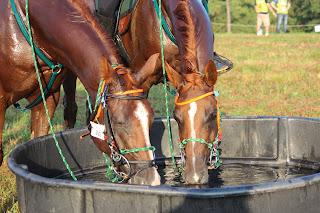 Anyways here a few more snapshots from the Endurance phase! I'll write about Eventing next because I had the BEST seat in the house for Eventing Dressage and was in the Judge's Box at C for two days as the Electronic Scribe!!!! That was one of the coolest experiences and I would do it again in a heartbeat! 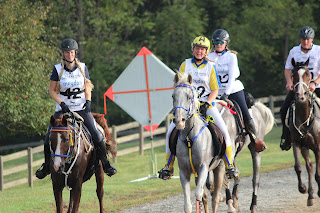 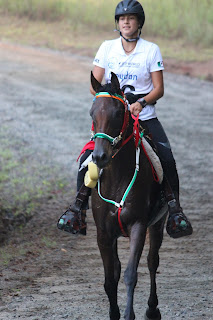